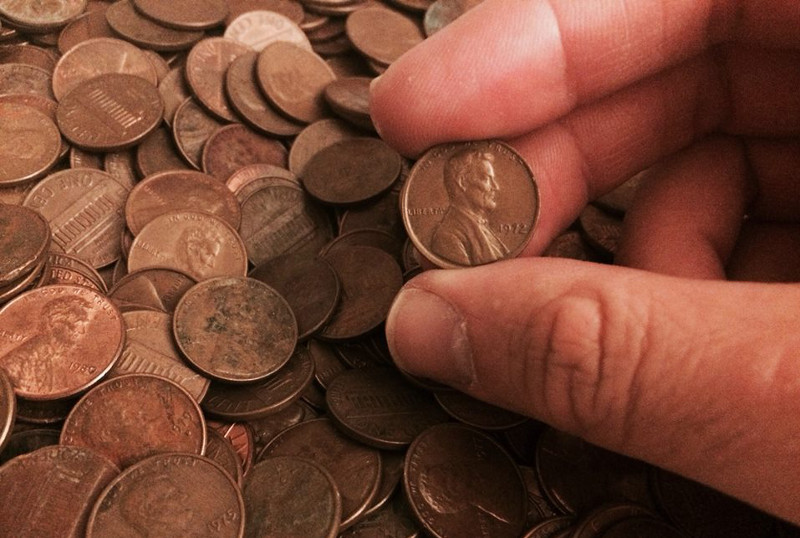 We’ve all heard financial advice about looking after the cents and the dollars will take care of themselves. The most popular saying is “A penny saved is a penny earned”

Otha Anders from Louisiana took that a step further. He adopted the motto “Find a penny, pick it up, then all day long you’ll have good luck.” 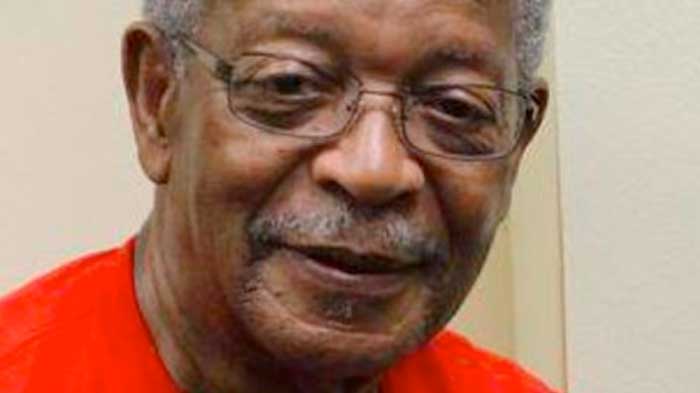 Over 40 years ago Anders started saving his pennies. Emptying his pockets every night and looking for pennies on the sidewalk. He was never too proud to stop and pick up a penny.

As his penny collection started to grow it quickly outgrew a mason jar. He decided to see if he could fill up a large water jug used in office water dispensers. Whenever he found a penny he felt like it was a sign from God. “I became convinced that spotting a lost or dropped penny was an additional God-given incentive to remind me to always be thankful.”

His collection steadily grew over the years. Not long ago he was informed by his home insurance company that his homeowner’s policy wouldn’t cover his coin (penny) collection.

Time To Cash In!

Mr. Anders decided it was time to take his collection to the bank and cash those pennies in for larger bills. He also had a rather large dental bill he had to pay for. The combination of the notice from the insurance company and the large dental bill convinced him to end his 40 years of collecting.

He was a well-known customer at his bank branch so they were more than happy to help him count and cash out his water jug of pennies. They have automated counting machines at his branch and the total from that water jug was $341. He then informed the bank he had another 14 jugs to cash in.

Just imagine the look on the tellers face when he informed them he had 15 jugs total! 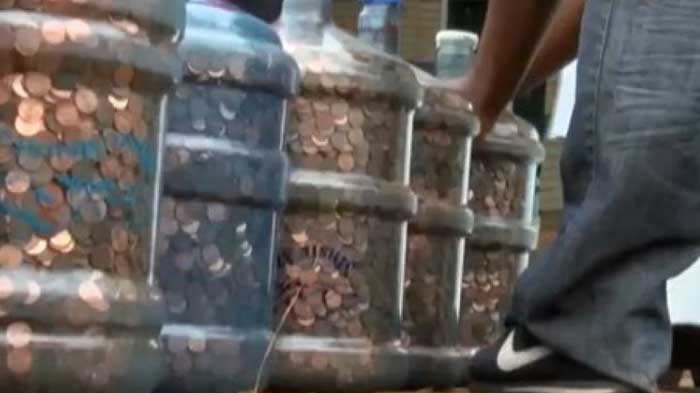 Slowly and methodically the bank tellers poured his pennies into the counting machine. Quite a while later they came up with the final total. $5.136.14

A penny saved can multiply into a lot of money! He immediately deposited that money into his bank account.

How Did The Bank Feel About His Penny Collection?

The VP of that bank admitted this was not a typical thing they see on a regular basis. The dolly of waters jugs was not something you see every day. VP Jennie Cole is quoted as saying, “We value his business, as we do all of our customers.” She continued, “Anders is a longtime customer who we were really glad to help.”

My guess is yes. Some habits are hard to break. Even good ones.