The TV series entitled ‘Cheers! Where Everybody Knows your Name’ has been one of the most highly rated shows in the United States.

Having been aired for a total of 11 seasons spanning from 1982 to 1993, it’s almost impossible to believe that the show as almost about to get canceled after the first season due to its very low ratings and ranking.

It embarrassingly ranked 74th out of 77 shows in the NBC channel, but it was rather a good decision for the producers to gave the show another shot, as it quickly picked up and soon, eight out of its 11 seasons almost always landed in the top 10 spot with a lot of awards and nominations.

If you’re unfamiliar with the show, it’s an American sitcom mainly set in a bar called Cheers, where locals meet to have fun, drink, meet friends and socialize with other patrons. It featured very interesting characters such as the bar owner’s old coach Ernie, a naive farm boy called Woody, Cliff the know-it-all obnoxious mailman, Frasier the troubled psychiatrist and his wife Lilith, and Norm the accountant with the biggest bar tab at Cheers. 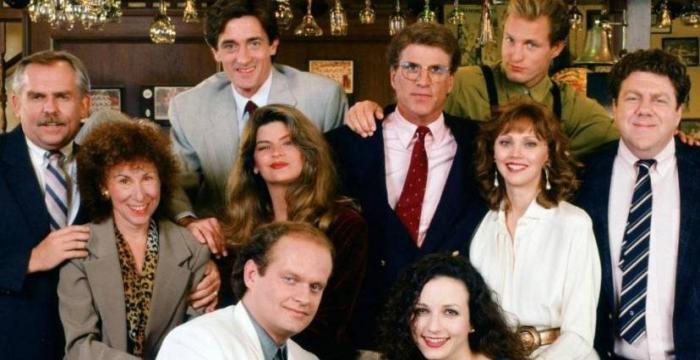 While the premise of the show may seem too mundane and somewhat boring for many, what makes it such a fascinating show is that it seems to provide a relatable yet comedic respite to its American viewers who share the same struggles with the cast about the lack of success in their lives. Perhaps you don’t know this but Norm’s character is actually based on a real person that the co-creator of the show used to serve, while he was working in a bar during his college years. The inspiration behind the character of Norm was a regular customer at the bar he was working at, and this guy would always ask for a single drink at the start of the night and would always end getting helped out of the bar at closing time.

Not only is Norm’s character apparently is based on reality, but some of the bar conversations enacted are also as well. In fact, the creators actually visited local bars in Los Angeles to eavesdrop on patrons’ conversations, so that they could get a real feel for the flow of “bar talk”. Some of the conversations that they heard were apparently interesting enough that they actually made use of the dialogue in the show. 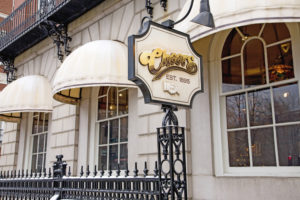 Although the aim of the show is to provide entertainment and a lot of laughter to its audience, Cheers! Where Everybody Knows your Name also tackled a lot of social issues in the show and promoted responsible drinking to its audience.

In a number of episodes, there would be obvious references about calling cabs and choosing a designated driver, which helped instill in the minds of the viewers the real dangers of drunk driving and the sensibility to never to drive yourself when you are intoxicated. In the end, if there’s any lesson that needs to be learned from this sitcom, this is probably the most important.