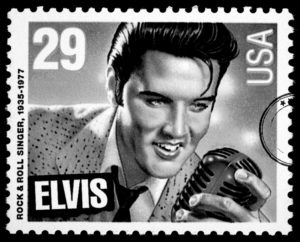 Everyone knows Elvis Presley as the King of Rock and Roll. Yet, how he earned his title is one of the burning questions of many. Truth is, even before Elvis became a legend in rock music, there were already many black musicians who explored the genre of rock ‘n’ roll before him. It hasn’t really clicked, though, due to the legal segregation of colors and the inferiority complex that comes behind liking “black music.”

Now here comes Elvis Presley who started dabbling on this kind of music and made it entirely known to the masses. His music was characterized by a combination of different kinds – from African-American blues to Southern country and Christian gospel and many others. This combination paved the way for a new style called rockabilly, which became one of the key sounds of rock ‘n’ roll. Not only did more people take a liking to this new genre, they considered Elvis’ music, dance moves, performances, outfits and overall attitude a widespread phenomenon during the 1950’s. After all, he was the only one with enough audacity to scandalize the public with his suggestive hip gyrations while performing. The first time he actually did so was during The Milton Berle Show while he was performing his song “Hound Dog”. Unsurprisingly, society wasn’t too kind to him when this first blew up. He was accused of being vulgar and animalistic. However, these criticisms actually proved to be constructive as he was able to gain a multitude of teenage girl fans after.

Apart from his showmanship, he was also able to gain fans because of how relatable he was. His song “Living in the Ghetto” is actually his life story growing up – being incredibly poor and having suffered through a lot of hardships before he braved the music industry. This gave people who felt desolation a ray of hope, that one day, they too will be able to achieve their dream and reach their goals. Yet, probably one of the best parts about Elvis that served as an inspiration to most is how he did not discriminate at an era when this was the norm. He was one of the first singers to reach out to both black and white communities and he always made sure his music was relatable to all kinds of people. He even had a song called “Walk a Mile in My Shoes” that tells of his stance on how he thinks everyone should be treated equally. He would also often publicly cite how African-American artists such as Fats Domino and Ivory Joe Hunter influenced his music, and at one point even integrated hiring a black songwriter into this team. This, in turn had caused a dramatic impact on the integration of African-American artists with white artists in the music industry, helping relax the color line and legal segregation. Needless to say, his success journey had been a tumultuous one with a lot of criticism, but at the end of the day, it is all worth it. Elvis Presley had helped blur the color line and it was not only in the music industry but also throughout the different facets of society.