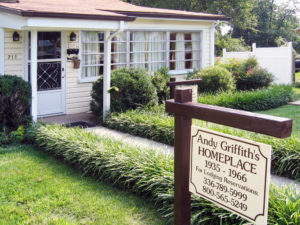 The Andy Griffith Show is a 1960s sitcom that features the life of Sheriff Andy Taylor in fictional Mayberry, North Carolina. It is one of the most iconic and enduring TV shows in history due to the simple fact that it combined humor and simple life lessons that resonate over time. Not only was it an entertainment staple in every American household back in the day, the hilariously relatable situations featured in the show also impacted a lot of its viewers in a positive way. From parenting to leadership, there is certainly much we can learn about life from Andy.

When it comes to being a good father, Andy is the father we all wanted and the father that every man would love to be. He made sure to provide a stable home environment for his son, even if nobody knows what happened to Opie’s mother at all. Not only is Andy a kind and loving father; but he is also a strong believer of discipline too. You can see this throughout the show by the way he teaches his son about schoolwork, chores and table manners. Apart from discipline, respect is also a central theme of the entire show and is prevalent in many episodes as the moral lesson. We can see this in the way Andy always displayed a strong respect for women, elders, the community and his family and friends. One particular situation that comes to mind is how Andy deals with Mayberry’s town drunk. He never staged an intervention and never embarrassed Otis. Instead, in one episode, he made sure that Otis had a safe place to rest his head after a binge.

On top of fulfilling his obligations as a parent and a responsible citizen, Andy also taught everyone a thing or two about being a good leader. It was his job as Mayberry’s sheriff to supervise his sole sub-ordinate, deputy Barney Fife. The show comically portrayed Fife as an incompetent worker who was always fumbling and bumbling. But instead of humiliating or firing him, Andy patiently mentored him and regarded him as an equally capable partner. He expressed a lot of grace when things would blow up, and he always found a way to turn mishaps into learning opportunities.

In the end, what makes Andy a great father, an excellent leader and a respectable man was the way he taught the people around him. He knows that setting a good example is the best way to teach and he also knows that it was simply part of his responsibility to be a role model to the citizens of Mayberry. Yet, even if Andy took his duties seriously, he knew how to relax. He loved to fish, spend time with his girlfriend and played the guitar. This work-life balance certainly accounted for his healthy outlook that many of us today fail to realize is very important.

Looking back, the parenting and community values always highlighted in The Andy Griffith Show mirrored what American life was either once like or should be like. Even if you watch the episodes today at Netflix, you’ll certainly pick up a practical life lesson that will stick with you for a lifetime.