Basketball has always been one of the most loved sports around the world. Apart from being easy to play – as all you need is a ball and a hoop – it is also very exciting to watch even on the screen and on the bleachers. This makes basketball practically the world’s most popular spectator sports, with soccer only coming in close second. Because of its popularity, a lot of professional basketball players have gained celebrity status all over the world. They are like rock stars in the world of sports and their fans would stop at nowhere to support them and their affiliated teams no matter the season.

One of the world’s most famous iconic basketball players is Julius Erving, who retired with the Philadelphia 76ers, and is also popularly called Dr. J. Throughout his career, he has been bestowed with four MVP awards and had won three championships. Yet, his claim to fame was his signature dunking skills, which makes him one of the most talented players in the history of the NBA. Although ‘slam dunks’ had been a classic move used by a lot of basketball players in the past, Dr. J was one of the first players who made such a big show out of it.

He was first noticed on the court for his airborne shooting moves that involved a lot of leaping and playing above the rim. Normally, players would dribble the ball on the ground before making a play at the hoop, while Dr. J did things a little bit differently by using his acrobatic skills to remain mid-air for much longer before making a play at the hoop. Since he started to do this, more players realized that they don’t have to remain on the ground to deliver the ball to the hoop. Yet, many basketball analysts and sports critics note that he didn’t just invent this a new style of play, no other player is also able to leap and stay aloft longer than Dr. J had. Not only that, he always had done so with a grace that he must have seemed like a ballerina in a basketball jersey.

Hall of Famer Clyde Drexler even admitted in one interview of his attempts to imitate Dr. J when he was growing up. This only goes to show that Dr. J was a legend in his own right.

Yet despite having gained celebrity status and a multitude of fans, it was also noted how Dr. J remained down to earth throughout his career. In fact, game after game, he would always remain on the stadium to answer any press or fan questions, even when most of his teammates have already gone home. It was at a time too when professional basketball players were considered renegades, so he definitely did much to change that public perception. 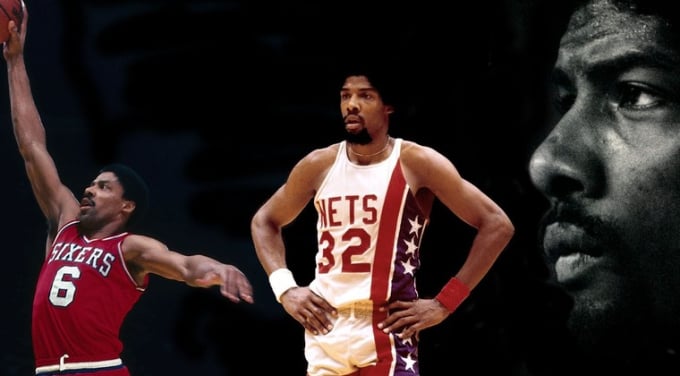 To sum it all up, not only was Dr. J an excellent player, he was also said to have changed basketball. Although he did not invent the dunk, he was the one who made an art form out of it, in turn popularizing the move, which many of us look forward to seeing in the games today.