Before the Terminator became a legendary figure in the history of cinema, James Cameron had to go through a lot of hoops to make this blockbuster movie happen. He managed to seal the deal when he had his friend Lance Heriksen show up to a meeting with John Daly at Hemdale Pictures, wearing a leather jacket and sporting some cuts on his face.

Daly was impressed by Cameron’s vision and passion for the film, so he agreed to back the film with the help of HBO and Orion. Little did everyone in the industry know that this sci-fi film would turn out to be a groundbreaking picture in the history of cinema, not just in cinematography but also in sales! So, the question is:

How did Arnold Schwarzenegger end up in the film and became a household name? 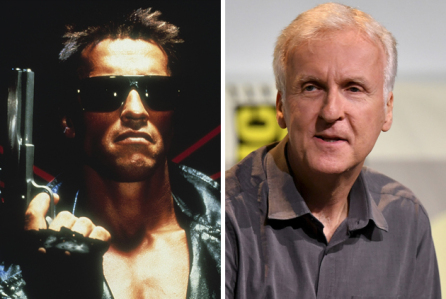 Now with a whopping $6.5 million on his film budget, one of Cameron’s first tasks as the director was to find someone to play Kyle Reese, the main protagonist on the film who willingly volunteered to intercept the Terminator in pre-apocalypse Los Angeles. Orion wanted him to cast a rising star in the United States who also has a foreign appeal, and it was just timely that Orion’s co-founder Mike Medavoy had met Arnold Schwarzenegger recently and sent his agent a copy of the script. Yet, Cameron was never sold about Schwarzenegger right from the start and he was never really interested in casting Schwarzenegger as Reese. Not wanting to concede to Orion, he finally agreed to meet with Schwarzenegger about the film and devised a plan to avoid casting him. Yet, those foul plays didn’t get executed at all, as Schwarzenegger had greatly entertained Cameron when they met, once he started talking about how the villain should be played.

What happened at that meeting turned out to be a pivotal moment in the conceptualization of the film, as Cameron returned to Daly saying that Schwarzenegger would not play Reese but that “he would make a hell of a Terminator”! 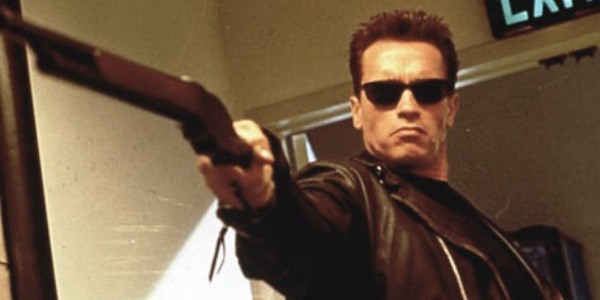 Schwarzenegger eventually ended up accepting the role of the Terminator, despite not having much enthusiasm about it at all. He even recounted in his memoir, Total Recall, that he was initially hesitant about it at first but thought that playing a robot for his next gig would be a challenging change of pace from his role at the Conan the Barbarian. He even went on to say that he considered the film low profile enough that if it were to turn out a flop, it wouldn’t be a risk to his career at all. And boy, was it a good choice, as the 1984 Terminator turned out to be a massive critical and box-office success as well as Arnold Schwarzenegger’s acting career’s signature role. To this day, he is still fondly remembered for playing the role of the Terminator back in 1984, so much so that he is given a cool nickname by many as “The Governator” now that was then elected as the Governor of California.